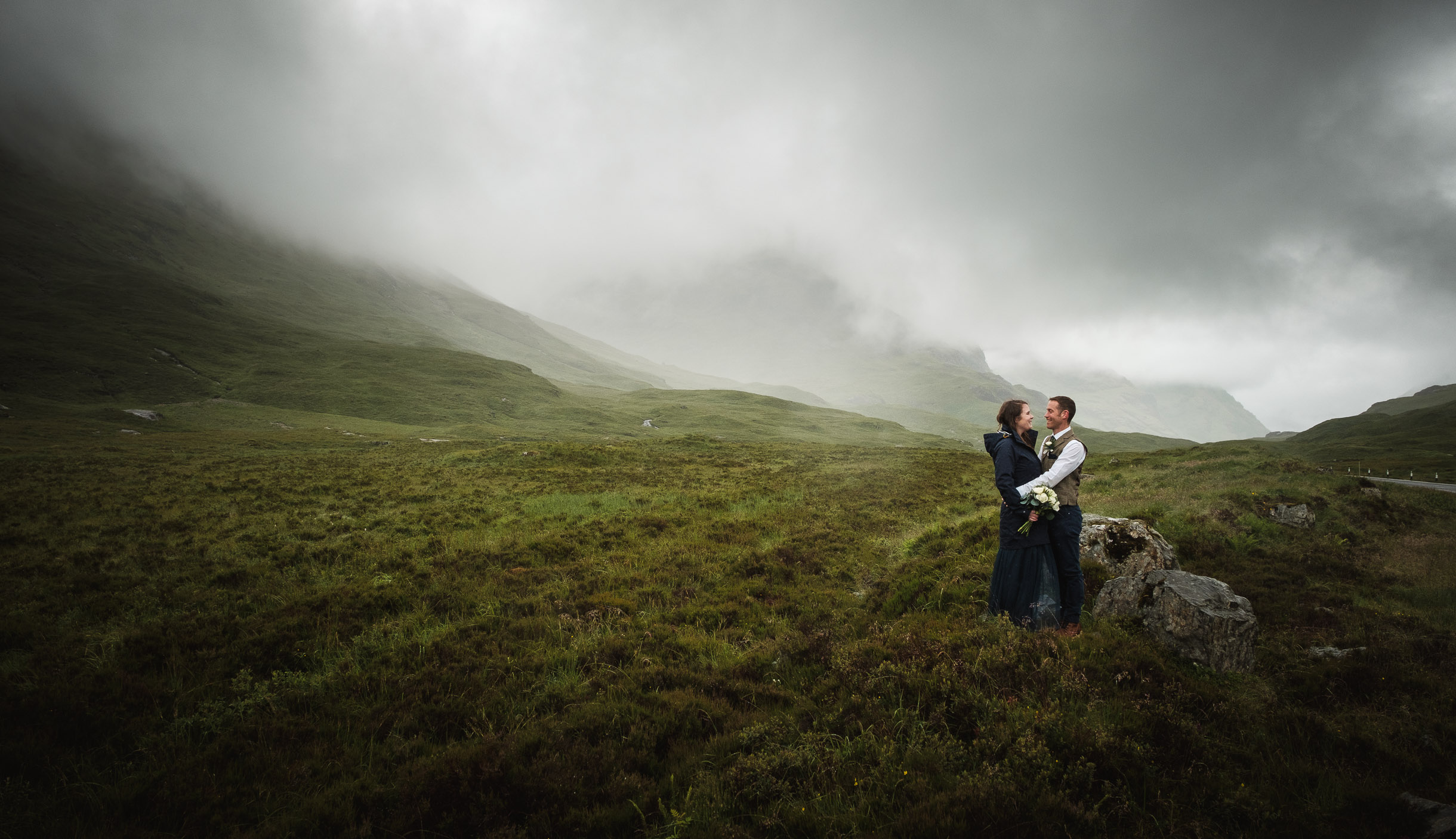 The Best Season to Say ‘I Do’ in Scotland

Some of the most frequently asked questions we receive are unsurprisingly weather related, because as you’re probably aware, the good old-fashioned Scottish weather is predictably unpredictable!  So what is the best season to elope in Scotland?

Every month and season has its own unique character, so deciding on a date depends entirely on your personal preferences.  Remember, there are no weather guarantees in Scotland, but we’ve listed some seasonal highlights (and lowlights) below to help you narrow down a date.

Some of the most incredible Scottish elopements we’ve seen are during the winter months where the country’s dormant ruggedness and low light takes the romance factor to new levels.  Whether you choose to have an indoor ceremony by a crackling fire or head out onto the hills and glens, some of the most intimate ceremonies and outstanding Scottish wedding photography are produced in the winter.  Check out Kirsten & Keenan’s winter elopement at Castle Tioram on the Ardnamurchan peninsula for some winter wedding inspiration.

If you’re dreaming of a good weather wedding day, then you’re more likely (although it’s definitely not a guarantee!) to be blessed by sunshine in April, May and June.  Not only might the sun make an appearance, it also shines until around midnight in May and June so perfect for eloping couples looking to make the most of their time in Scotland.  The sights and scents of Scotland are at their most glorious during this season with a riot of colour emerging from flowering heather, rhododendrons, bluebells, sea pinks, irises and more.  Finally, those afraid of encountering the dreaded Scottish midge, will be safe from the swarms in April and May.

While the months of July and August are simply beautiful in Scotland, they also mark summer holiday season and so the uninhabited glens, hills and beaches (which make for the most picture-perfect outdoor elopement locations) can often become crowded, especially on good weather days! Added to this, accommodation can be incredibly hard to come by.  With this in mind, we would recommend that elopers swerve July & August if they’re looking for a true wilderness experience. Ami and Andrew’s wedding (above) was in the middle of summer, just a few weeks before Daniel and Sarah’s (below).

For the first time ever, 2018 witnessed more couples marrying in the autumn than in the summer and we really can’t say we blame them.  Autumn in Scotland is EXTRA!  The entire country looks incredible bathed in deep tones of russets, reds and golds and for those looking for an outdoor ceremony, there can still be a little warmth in the sunshine (heck, sometimes there can even be a heatwave!).  The nights draw in, the evenings get cooler, wood burning stoves crackle, fireworks pop, leaves crunch underfoot… you get the picture, autumn is a ridiculously romantic season in Scotland. 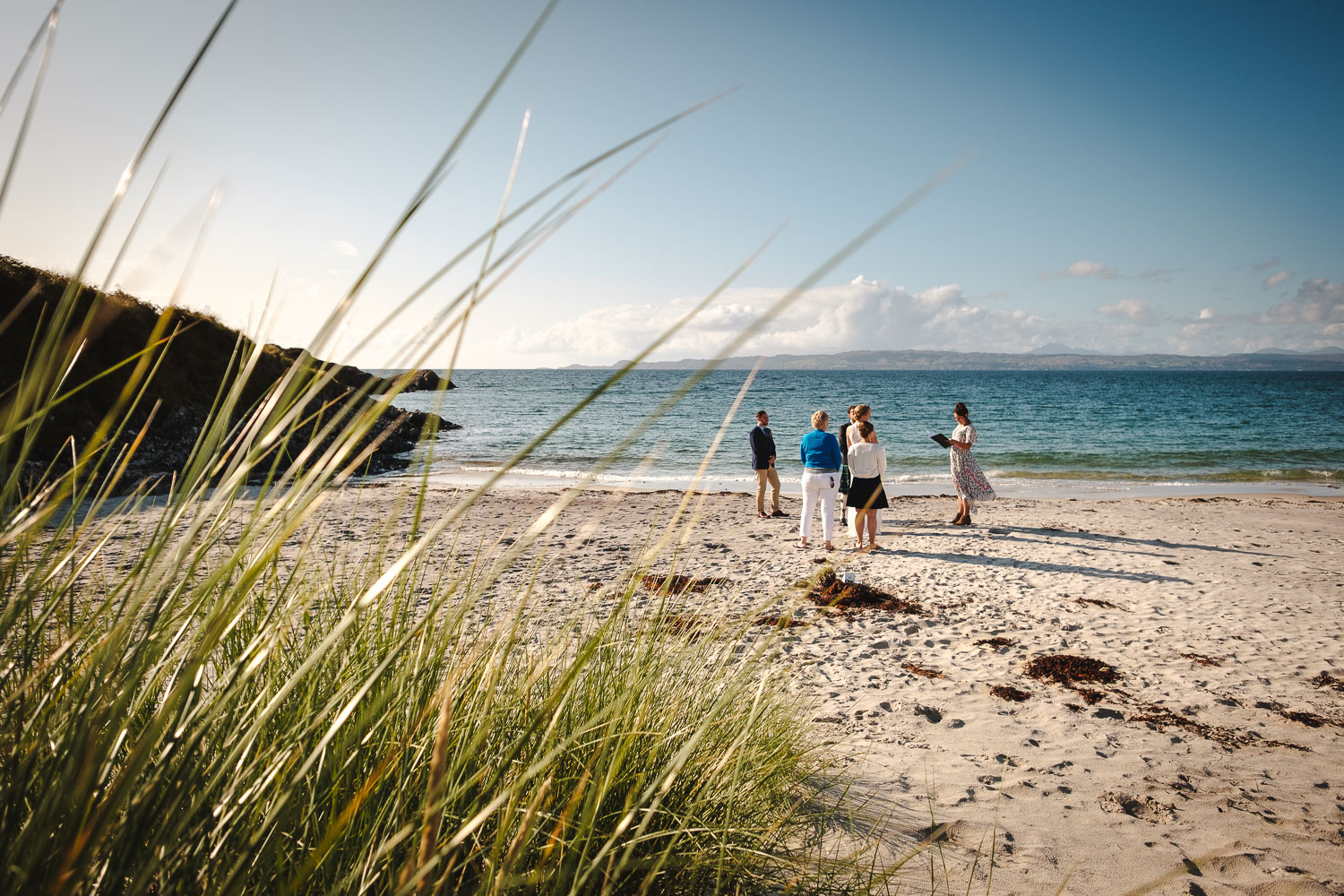